You are here: Home / Scientific Research / The seventh “observable” 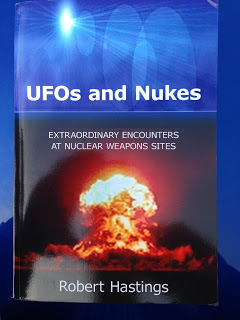 In a post dated 11 August 2020, US researcher Danny Silva, spoke about a sixth AATIP “observable,” namely, biological effects on humans. I would like to add a seventh “observable, ” i.e. the effects that UAP have on our own technology.

UAP effects on our technology

Perhaps the most well know piece of our technology which has been long associated with UAP effects, is the motor vehicle. A typical example is the following:

At 6.35pm, on 8 August 1971, near the town of Kadina, South Australia, a man was driving alone when he noted his surroundings were lit up by an orange hue. Suddenly, the car’s engine stopped and the car’s lights went out. He was unable to restart the engine so stopped the car. Getting out of the vehicle, he noted an object some 150 feet above the car. During this time he noted a buzzing/purring noise was constantly audible. The object then departed to the south east, after 2-3 minutes of remaining stationary above him. Before losing sight of it, he got back in the car and successfully restarted the engine.

In numerous other sightings, the engine, headlights, and radio of motor vehicles, have been affected. Perhaps, the classic collection of such cases is “UFO Reports Involving Vehicle Interference” authored by Mark Rodeghier, and published by the J Allen Hynek Center for UFO Studies, in 1981. This collection and analysis, studied several hundred such cases, which illustrate the diverse nature of effects on motor vehicles due to the close proximity of UAP.

The other piece of our technology which has been affected in some instances, are aircraft. One of the most comprehensive catalogues available, was compiled by French Researcher Dominique F. Weinstein, and published by the National Aviation Reporting Center on Anomalous Phenomena, (NARCAP) in 2001. Weinstein’s work features details of several hundred cases of sightings involving aircrews, between 1916 and 2000. About 14% of cases feature electromagnetic effects to equipment onboard the aircraft, involving “radios, radar, compasses, engines …”

There have been a number of instances where nuclear missiles have reportedly been affected by UAP.. For example:

US researcher Robert Hastings has documented a number of these, including an incident around 1977 at Grand Forks Air Force Base in North Dakota, where a now retired USAF Missile Security Supervisor related that unidentified lights had interfered with their ability to communicate with the launch sites. No missile could have been launched if required.

Robert L Salas reported on his involvement with an incident at Malstrom Air Force Base, Montana in March 1967, where numerous nuclear missile warheads were reportedly deactivated, and UAP observed.

In other cases involving UAP, there have been reported effects on numerous pieces of technology. For details of individual cases. I would recommend a viewing of the EMF category of the National Investigations Committee on Aerial Phenomena (NICAP) website. Cases go back to at least 24 June 1947:

“Prospector Fred M Johnson sighted five or six “round,  metallic looking discs” 30 feet in diameter, with tails or fins. He got a better look at one when he focused his telescope on it. As the discs banked in the sun 1000 feet overhead, Johnson, was surprised to see his compass needle was weaving back and forth . It ceased doing so as soon as the UFOs, which were in view less than a minute, headed off toward the southwest.” (Clark, J. 1992.”The UFO Encyclopedia: Volume Two,” Omnigraphics, Detroit, page 129.)

The debate has always been as to whether the effects we notice, are due to a byproduct of UAP, e.g. as a side effect of say a propulsion system; or a deliberate targeting of our technology. The fact that not every close encounter between our technology and UAP results in effects, would seem to argue for the latter.

Have blog readers, any thoughts as to other “observables?”