Here initial training was media; theatre, voice work and television and production, as well as various healing modalities, she has a teaching qualification and is also a Regression Therapist.

She has been intensively researching and interviewing Experiencers, those in the Alien Abduction/Contactee encounter field, the impact it has on lives, well-being, and the long term implications for humanity on camera, radio and other media. Other areas of interest include consciousness, metaphysics, free energy technologies, alternative healing systems, the arts, remote sensing/dowsing.

Joanna continues her research and interviews, with frequent updates published via social media and podcasts.

Ammach was one of the UK’s few Experiencer resource platforms, with international links, offering a safe non-judgmental platform for Experiencers to share freely.  Joanna has produced four Ammach conferences, as well as workshops and presentations on the subject. The helpline number is still 0795 1752 813.  The Ammach Project was closed in December 2015, (due to hacking), but her work continues in an expanded role under the banner of The ET Newsroom.com/ETN (started Dec 2015).

44: Based on an Ex-Soldier's True Story of Life-Long Encounters Involving Alien Abduction
$9.99
Buy on Amazon 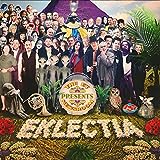 The ET Newsroom with Joanna Summerscales

UFOs for the 21st Century Mind: A Fresh Guide to an Ancient Mystery
$23.94
Buy on Amazon
SaleBestseller No. 4

A Brief History of Ufology: 1941–2011: Significant UFO Events Throughout the Modern Era
$9.99
Buy on Amazon

Glimpses of Other Realities: Volume II: High Strangeness
$118.01
Buy on Amazon
Bestseller No. 2

ETs Among Us: UFO Witnesses and Whistleblowers
$3.99
Buy on Amazon
Bestseller No. 3